What Is Klamax – Ready Now After 20 Years Of Study - Check The VIDEO!

iGalen no longer has the product rights to Emulin OR Klamax. They lost those rights in March '19. Joe Ahrens and Emulin => moved to another MLM company. <=  Click link to watch the video.

In addition ... we do not yet know where Klamax is or relocated to. Until made public we will revert the Klamax and iGalen links to the company that we and Dr. Joe Ahrens and Emulin have moved to. Thanks. BG

What is Klamax.  It's a good question.... no, it's a great question, and one that we love to answer because Klamax is unique and special. There is nothing else like in in the marketplace... it's exclusive to iGalen and we love to talk about it.

Klamax is a combination of two previously patented products

Klamax is a combination of two previously developed and patented products (by the same scientist) called Klamin® and AphaMax®. Klamin and Aphamax are extracts of a very special plant that grows in a lake in Oregon. A micro-algae actually. This microalgae's official name is AFA (Aphanizomenon flos aquae), but it's also known as the "Invisible flower of the water".

There are many different strains of AFA.  The one with the most nutritional value comes only from the Klamath Lake in the state of Oregon. Southern Oregon to be precise. Klamax derives from that strain.

AFA is comprised of bio-active molecules, rich nutrients and the highest quality of proteins. AFA also contains a large variety of vitamins and minerals.  But the Klamin and Aphamax extractions lead to a great assortment of additional wellness discoveries. When the two extracts combine to become Klamax, the effects supercharge even more.

Klamin and Aphamax are what gives Klamax it's uniqueness and it's effectiveness. It's this combination that creates a potency far greater than any other strain or form of AFA algae or AFA product in existence.

Both Klamin and Aphamax are supported and backed by numerous scientific studies and clinical trials.

Aphmax studies show it to have promising effects on the oxidation of cells, big improvements of psoriasis, intestinal issues, and arthritis inflammation.

Combining the two, as Dr. Stefano Scoglio has with Klamax, appears to have created a complimenting match that compounds their effectiveness in many areas. One might say that Klamax is the marriage of two already incredible products. 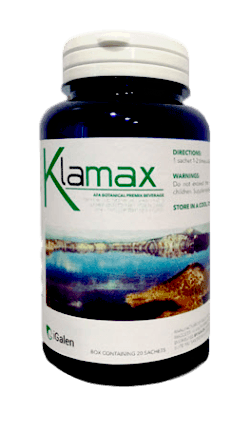 Now we know what klamax is, but who created it?

Stefano Scoglio, born in Italy, received his doctorate at the University of Toronto. It was while he was there that he stumbled across AFA algae and it's super-high nutritional qualities. As the story goes, that was the beginning of a long and rewarding relationship with AFA and stem cell rejuvenation. A quest to take something great and make it even greater.

The good doctor became known as the most prominent and involved researcher worldwide on Klamath algae. The Klamin and Aphamax extracts that he discovered, developed, and patented, are a result of this research. 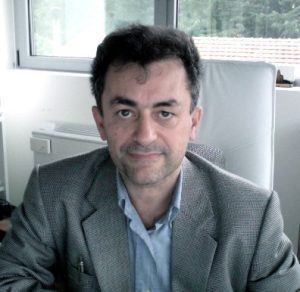 Another result of this research: 8 clinical trials, 10 scientific publications and 6 patents to his name.

And now we have Klamax

Although Dr. Scoglio has been studying AFA, and Klamath Lake, and the prestine environment and world wonders that it holds for many years now, he's really just getting started. We expect more greatness coming from this highly intelligent man and his quest for improved health through all-natural means.

There are more studies underway. I for one am looking forward to learning more about these amazing ingredients that make up the Klamax product. And to more products as well.

The most amazing benefactor of Klamax we have yet to speak of. Dr. Scoglio is currently deep into his research on the stem cell activity that the Klamax extracts awaken. It is this phenomena that makes our proprietary and patent-protected product Klamax such a blockbuster!

Klamax Stimulates The Production Of Our Dormant Stem Cells

Klamax re-activates dormant stem cells both at the neuronal level, and the somantic level. Enabling the release of stem cells from the bone marrow is revolutionary for an easily accessible all-natural product.  Klamax also crosses the brain barrier. So what's does all this mean? A lot of cool things including rejuvenation, healing, and skin care.

Here's something else .... the "love molecule". PEA (Phenylethylamine), one of the major ingredients in Klamax, is known as the "molecule of love". It's something that we produce in our bodies naturally when we are in love, happy, and healthy. A very powerful neuromodulator and immune-modulator.

But the older we get, the less PEA we produce. So you can see we are also talking about an anti-aging thing here ... and if you want to just "feel good" then take Klamax. It also boosts energy levels, increases alertness, and makes you sleep like a baby.

We mentioned before that AFA algea on it's own is like a superfood. Now Dr. Stefano has concentrated the unique molecules of the extracts, which increases the potency tremendously. The end result? A very powerful product called Klamax.

When asked the question "what is Klamax", I sometimes wonder if it might be better to ask "what is Klamax not"? It really is almost everything that a person would need and want to get their health and well-being in check. Quite amazing really.

Stem cells are the repair and maintenance mechanism our body uses to keep us young and healthy. Products like Klamax that enhance and stimulate the bodies production of these repairing and healing cells are more than promising.

the world is taking notice

Dr. Stefano is not the only one studying stem cells. He just happens to be one of the best. 20 yrs of diligent work to scientifically and clinically test and prove how Klamax, the all-natural stem cell releaser product, re-awakens naturally dormant stem cells to function again.

But in the last decade, there has been a movement of scientific interest in stem cells. Lots of activity in this area starting to happen because the science is showing the benefits. We are right on the cusp of it with Dr. Stefano and his products. He's a top leader in this field with results to prove it.

The thought of what could happen by re-awakening dormant cells is not just intriguing but real. This particular area of health science is getting a lot of attention now and I'll venture to say that Dr Scoglio will be right in the middle of it.

And perhaps best of all, any age group can use Klamax with no contraindications or side effects..

Needless to say, those of us who are involved with iGalen and who are following Stefano Scoglio are excited about what he might come up with next.

I hope this information has been as intriguing to you as it is to us. I also hope that if you are also someone who is wondering or asking what is Klamax, that you now have your answers. Please leave us a comment below to let us know!

Onward and Upward - Subscribe Below To Get More Info

As stated above, stuff just happens sometimes. We were forced to move the team over to another company called Valentus that now has the exclusive rights to Joe Ahrens Emulin product.

I said forced but it turns out as a blessing. We are happy and in a darn good place now. And although we've lost the connection with Stefano and Klamax, we do have Emulin and as well the Valentus Prevail line that includes some really amazing high-tech health products.

Push the buttons below to learn more about Valentus, Emulin, and the other products in the Prevail line.

Emulin in the News Video 1

Emulin in the News Video 2

Thanks for this great information
Are you still promoting this Klamax product?

greetings ray …. no sorry scoglio appears to have gone underground and i don’t know where he is …. or where to get the klamax right now. Last i heard he was going to launch another company but never heard anything more. cheers BG