The Great Sugar Lie – 50 Years Later The Truth Comes Out

This is the story of the Great Sugar Lie.

Wellness advancements are happening on a regular basis these days. Health science is booming and natural remedies have become fashionable. There are anticipation and expectation of new health discoveries on a regular basis.

One of the most impactful health revelations ever is the biggest lie to occur in the health industry. The Great Sugar Lie.

The Great Sugar Lie goes back as far as 50 years

Now we know the true source of fat and obesity related health issues is not what we believed for the last 50 years. The sugar industry blaming saturated fat as the culprit behind heart disease. They did this to take the spotlights off themselves. The documents date as far back as the 1960's.

The documents came to light recently by a researcher at the University of California, San Francisco. They published in JAMA Internal Medicine Nov. 2016. This is extreme and a radical turnaround from everything taught to us.

50 years of supposed accurate research on the cause of heart attacks was a fabrication. Paid for by the sugar industry. This great sugar lie has been a deceit of massive proportions.

As quoted by one of the authors of the JAMA publication, Stanton Glantz, U.C.S.F professor of medicine, “They were able to derail the discussion about sugar for decades".

That's not all. The food industry has played it's part as well. They've been influencing nutrition science similarly, according to more recent reports. It seems there have been quite a few players contributing to this great sugar lie.

Coca-Cola gets in on the action

In 2015 an article in the New York Times reported Coca-Cola paid millions to downplay the effect sugar has on obesity. And in June of that year the AP reported candy makers paying for studies that falsely claim children who eat candy weigh less than children who don't. 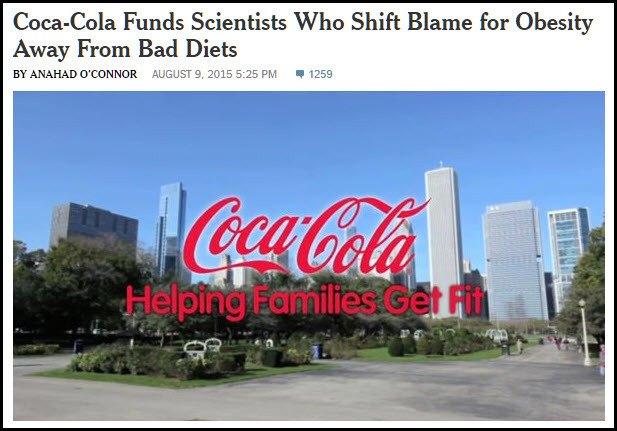 Their response to all this ... a statement saying that at the time there were no requirements to disclose funding sources. It wasn't until 1984 that the New England Journal of Medicine required the disclosure of study funding.

They admitted there should have been better transparency with their research involvements. While continuing to defend the actions for the "greater good" of the industry.

The debate is still alive

The debate of sugar vs saturated fat is still alive, but there's no question of the influence the Sugar Association had on passing the blame to saturated fats. Getting reviews published in those prominent journals greatly shape the scientific discussions which get passed on to the public.

All those years the communications coming from the health industry were about cutting back on fat intake. This led to higher consumption of low-fat high-sugar processed foods that many say is not responsible for the obesity crisis. The Great Sugar Lie worked like a charm as the sugar industry continued to rake in the profits. 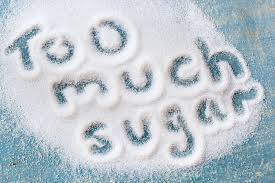 They knew what they were doing.

As far back as 1964, there were studies bringing attention to the connections between high sugar intake and heart disease. Of course the Sugar Association was well aware. I'm sure those studies had a lot to do with their involvements and their funding to put the blame on saturated fat.

The Governements guidelines still concentrate on saturated fat. But the World Health Organization and the American Heart Association are warning more about sugar now.

Dr. Walter Willett, chairman of the nutrition department at the Harvard T. H. Chan School of Public Health issued the following statement. "Given the data that we have today, we have shown the refined carbohydrates and especially sugar-sweetened beverages are risk factors for cardiovascular disease, but that the type of dietary fat is also very important.”

Sugar addiction is a chronic problem today. Foods are manipulated with substances and chemicals that trigger cravings. Despite the awareness now, there does not appear to be any significant changes coming in the foreseeable future. At least not with the food industry.

However, there are some people that are taking action. Two food scientists in Florida researched a solution over the last decade with extraordinary results. They discovered specific molecules that manage carbohydrate metabolism and sugar control. They called these molecules "sugar chaperones".

These "sugar chaperones", bred out of the food supply after years of environmental degradation and processing, have now become available in a unique and patented supplemental product called Emulin.

Emulin + is the first and only all-natural, patented and proven carbohydrate manager. In human clincial studies Emulin outperformed Metformin (the leading prescribed drug for diabetes 2 and high glucose levels).

[…] for all those years, WAS WRONG!It's what the studies now are saying. The word is out on the Great Sugar Lie. All that expert advice was wrong…. very wrong. Now they are saying that fat and calories are not […]

Sugar Cravings Are Real – Are You Sick Of The Cravings Roller Coaster?

[…] research continues to show links between excess sugar consumption and heart disease. Not to mention obesity, inflammation, and a slew of related issues as […] 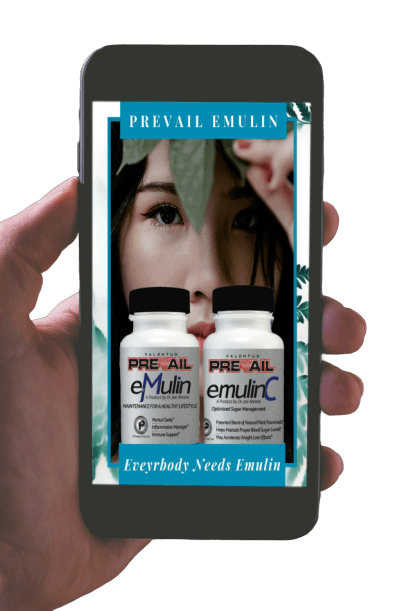